Why constipation can occur

The Link Between Peristalsis and Motility Disorders

How Food Is Moved Through the Body During Digestion 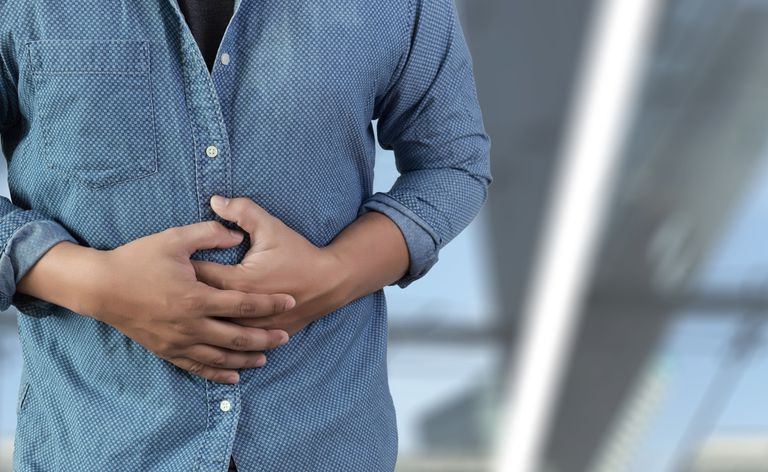 When certain muscles in the digestive and urinary tracts contract, it is called peristalsis. Peristalsis is a particular, wave-like kind of muscle contraction because its purpose is to move solids or liquids along within the tube-like structures of the digestive and urinary tracts. Peristalsis is not a voluntary muscle movement, so it’s not something people can control consciously. Rather, the smooth muscles involved in peristalsis operate when they are stimulated to do so.

Peristalsis is important to digestion but sometimes it doesn’t work properly. Having constant diarrhea or constipation could be a sign that something has gone haywire with peristalsis. This can be caused by a medication but it could also be from a condition that is called a motility disorder. Motility disorders can be challenging to treat, so it’s important to see a digestive specialist, a gastroenterologist, to find solutions.

Peristalsis in The Digestive Tract

Peristalsis in The Urinary Tract

Urine is also moved along through the body with the help of peristalsis. Two tubes in the urinary tract called ureters use peristalsis to move liquid from the kidneys to the bladder. This liquid then leaves the body through the urethra as urine.

When peristalsis does not occur as it should, it can result in one of a group of conditions called motility disorders. In some people, peristalsis may go too quickly, known as hypermotility, or too slowly, known as hypomotility. Motility disorders can occur for a variety of reasons, including a side effect of a medication, a result of another disease process, or even for no known cause (which is called idiopathic). People with inflammatory bowel disease (IBD) may also have motility disorders, but it’s unknown at this time how these conditions may be related, and how often they may occur together.

Some examples of motility disorders include:

interesting but frustrating that it is quite vague. I dont want any more tests or drugs so I just trust in luck that things will sort themselves out. You need to know your own body dont you? somethings work better for some than others.
My daughter in law is in hospital having broken her leg and then a week later had gangrenous part of bowel removed, almost all of the large intestine and now has stoma bag. It could have been caused by blood clot or just constipation, they are still waiting for test results. So… I am very conscious of keeping regular.

Patsy how awful. Recently it was drummed into me the importance of avoiding constipation. I had a Sigmoidoscopy, and the Surgeon wasn’t impressed by what he saw.

Is not being impressed a good or bad thing? Usually when an imaging result is “unimpressive” it means all is normal…

He wasn’t impressed (happy) to see the poor state of my colon, which was put down to constipation, and blamed on my poor management.

Hi Beryl what is a sigmoidoscopy?

Linda, this is actually what I had. Flexible Sigmoidoscopy because of bleeding.

What is flexible sigmoidoscopy?

Flexible sigmoidoscopy is a procedure in which a trained medical professional uses a flexible, narrow tube with a light and tiny camera on one end, called a sigmoidoscope or scope, to look inside your rectum and lower colon, also called the sigmoid colon and descending colon. Flexible sigmoidoscopy can show irritated or swollen tissue, ulcers, polyps, and cancer.

Trained medical professionals use flexible sigmoidoscopy to look inside your rectum
and the lower part of your colon, including the sigmoid and descending colon.

Why do doctors use flexible sigmoidoscopy?

A flexible sigmoidoscopy can help a doctor find the cause of unexplained symptoms, such as

Doctors also use flexible sigmoidoscopy as a screening tool for colon polyps and colon and rectal cancer. Screening may find diseases at an early stage, when a doctor has a better chance of curing the disease.

I had a sigmoidoscopy some years ago and there was nothing given to me to put me to sleep or to reduce any pain during the procedure. It doesn’t bother some folks but just know that It can be uncomfortable and is only done for the lower area and not as complete as a full colonoscopy. The prep was the same for both.

Chas, I was surprised, but extremely relieved to find that quality of the ‘gas’ used to inflate had vastly improved since my previous procedure. I didn’t even reach for the gas and air

Hi Beryl
Thanks for the reply I think I’m going to my doctor for a referral to see a gastroenteritis as I have suffered with constipation, bloating, wind, cramps and hemorrhoids for as long as I can remember. I know a lot of this is due to my ceoliac disease. Now also learning a lot about ataxia and bowel problems it’s time to check thing’s out so to speak.

Have a nice day.

Linda, sometimes it’s worth it just for peace of mind. Have a good day yourself