Like others here, I’ve noticed a link between weather changes (temp, humidity, barometric pressure) and increase in ataxia symptoms/severity. I’ve been trying to find good sources of info for barometric pressure changes and and explaination of why or how they might affect me physically for years now and have generally been disappointed in the seeming lack of good historical charts and predictive devices until recently. Apparently migain sufferers have similar concerns about barometric pressure and I’ve had luck recently while researching migrain sufferer solutions. Specifically, I like an app called “MigrainX” as an early warning notification system for forecasted drops in pressure… (if I know a funk is coming, I can make sure I am taking care of myself and plan accordingly). And WU (weather underground) seems to have some of the best historical barometric pressure info if you are curious as to whether your “bad day” may correspond to a drop in pressure (I’ve been focussing on drops of .2 in or more). Seems counter-intuitive til you understand it, but some migrain suffers have been using the Valsalva all technique to moderate the pressure in their head. I am curious as to whether any of us have tried the MigraineX ear plugs ear plugs to alleviate symptoms or prevent “bad days” when the barrometer drops. At $12 a pair I think I will give them a shot.

Hi​:blush: I’m also very sensitive to drops in air pressure, as well as 'the winter blues’

Almost as soon as the clocks go back​:roll_eyes:
I don’t usually get migraines but, prior to the onset of my specific ataxia, I had a week of headaches.

Hi Beryl, I recommend the MigraineX app for early warning/notification of pressure drops if you have an ios or android device. I guess my ataxia was preceded by headaches too… lol. (Mine is “aquired ataxia” resulting from a TBI (traumatic brain injury) incurred removing a brain tumor from my cerebellum). I also have a “VP SHUNT” which is essentially a catheter running from my brain emptying into my body cavity to relieve excess CSF as I would otherwise be prone to hydrocephalus. The migraine sufferer I got some recent info from also had CSF flow issues… I don’t know that this is common among those with hereditary ataxia - though the cerebellum and its ventricles does play a critical roll in the management of CSF (brain fluid). I suspect ataxians sensetive to pressure fluctuations may have some fluid related issues.

This is all very interesting info. I also have a shunt that was installed during my second surgery in June 2005. Each day is different for me. Yesterday was A good day as we had lots of sun. It rained here this morning and I feel worse.

Absolutely can relate !!!
You’re are the first person I have come across saying this. I find it difficult to explain this to others. I not only have Cerebellar Ataxia, but also suffer from migraines. I was trying to explain this to my neurologist, but I think he was under the impression that my Ataxia worsens because I have a migraine. ( Which that does make it worse also) Even if I don’t get a migraine from the barometric pressure dropping my Ataxia is still affected.
Glad someone understands.

I have thought that too-I never heard about weather as a factor.wow.

I’ve noticed changes w barometric pressure and tried several tool for tracking, predicting, but haven’t had much luck with remedies…

FWIW, when I had surgery on my rotator cuff a few years ago, I was told that changes in barometric pressure causes my shoulder joint some pain. Kinda reminds me of your grandma telling you that it was gonna rain - hmmm!

Over the years I’ve heard many folks with arthritis and injuries complain of cool and damp conditions imminent or occurring.
I know one fellow that has a knee injury, he can almost predict the weather by how his knee feels.
My GF has the same phenomenon.
It is my belief that there may be a direct correlation between weather and injuries/arthritis/certain ailments.
As for barometric pressure, the only measuring device that I know of is a barometer. They will often make rain forecast predictions based on the trend of the barometric pressure. Generally the lower the pressure, the greater the chance of a change in the weather pattern usually to the cool, damp end of the spectrum.
Applying heat to the effected part of the body may help reduce pain associated with sore injuries. For stuffiness, congestion, or general head discomfort caused by lower pressure, a net-tie pot treatment may help.
A clear head may reduce symptoms of a neurologic condition as well (dizziness, or ataxia). Although, I don’t suppose there is any evidence to support this claim. It may depend on individual response to this.

I would say save your $12. There is zero evidence to support any claim they make and what “evidence” they do have has been paid for by the manufacturer of the ear plugs. In addtion the “evidence” is corrupt because people who “tested” the ear plugs also took their regular medication. There’s no way to know if the ear plugs did anything at all. 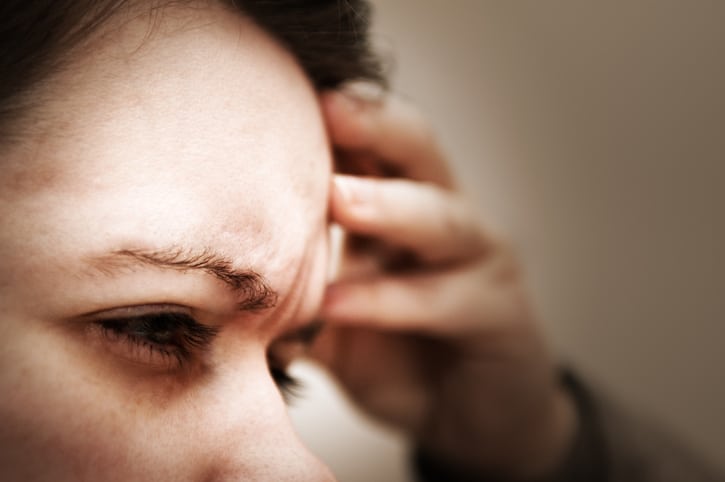 Do you have migraine attacks? Use a $12 over-the-counter ear plug-type device called MigraineX, a recent news release insisted, and you’ll experience an 81% improvement in weather-related migraine headaches.   Some news organizations took the PR...

As a person who has had neurologically complicated migarines for 30+ years and who is triggered by barametric pressure I call bullshit on this item. Particuarly since I work second and third shift so I sleep with ear plugs EVERY DAY and have found ZERO personal evidence that they have anything to do with my migraine days. The design of these ear plugs is nothing new or inventive, either, I’ve used ones shaped like it before.

I have a friend, her daughter 7, a migraine sufferer, tried earplugs for a while.
She definitely notices if bad, cool, damp. weather is imminent. She is sensitive to a change in barometric pressure.
As for the ear plugs, well they didn’t do anything for her migraines, she relies solely on her medication. Nothing helps, poor kid!

Oh dear. “Poor kid” is right: it’s one thing to cope with that kind of thing as an adult, but something completely different when you’re a young’un.

hutchy, if you’d like you can pass my info along to your friend, I’m happy to pass along what info I have about migraines. Check with her and send me a PM if she’s interested.

I will let you know.