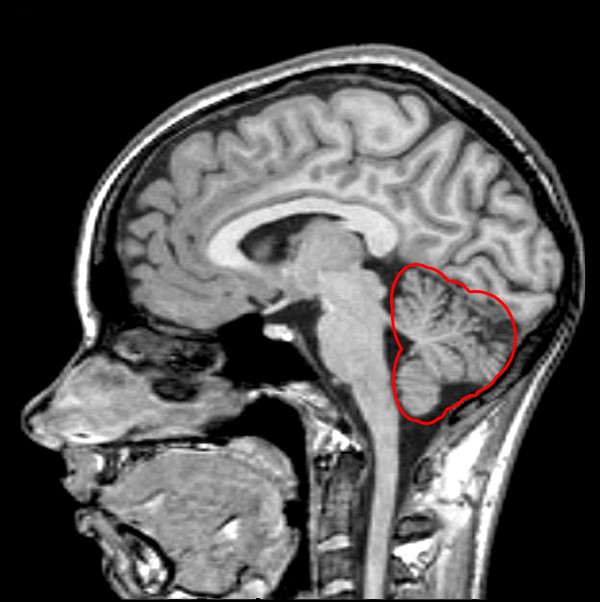 Written by Logan Morrison Edited by Dr. Sriram Jayabal Stanford researchers accidentally discover a new role (reward prediction) for the cerebellum, the primary brain region affected by spinocerebellar ataxias. Would you believe that the part of your...

whoever posted this please remove it immediately. Cerebellar Ataxia is a medical diagnosis and has nothing at all to do with motivation. This article is offensive at best.

Thank you, for feedback.
Sharing this post for information to a wider audience. ( re: gaining differing opinions)
(as a side the same item as had very positive comments on many other platforms / communities)

i seriously think its bull and unless you’re ready to say how changes to the brain can POSSIBLY be caused by lack of motivation stay away from sharing this type of nonsense. its offensive.maybe you think other audiences reacted positively bc they just didn’t tell you it was baloney.

Motivation the same as a physical problem? Who is kidding who?

This is confusing me.

Are they saying that failed movement attempts are causing an error that is stored in the cerebellum and then it makes it harder for us to keep trying?

So if the cerebellum is messed up, what would that do to movement motivation? Is it possible that it could go the other way and a messed up cerebellum would not register failed movements? Therefore your body would keep trying to do things wrong?

Someone help me out here.

He used the term lack of motivation as related to cerebellar ataxia which to me is offensive bc theres no way thats even possible. MRI scans are not influenced by motivation. there is no link.

possible link is the keyword(s) tnx for the info !

V​:slightly_smiling_face: Recently, I messaged Mod Support to say that for health reasons I needed a break from moderating. It’s possible to get ‘too close to a subject’ it can become all enveloping and it’s just not healthy. I’d been offering support on various groups for several years, and had unfortunately reached ‘burn out’ stage, I couldn’t see the wood for the trees

However, after receiving a PM from lin-da, complaining about the above post, I’m just weighing in with my ‘two pennoth’.

Firstly, Alan Thomas is highly respected in the Ataxia Community, has Ataxia himself, is a Moderator on LWA, and tirelessly works on our behalf to attend numerous Medical Conventions and represent Ataxia.

I read through his link and personally didn’t find it offensive in the way others have. Once I got past the the initial ‘blurb’ I managed to focus on ‘reward anticipation skills’ ‘psychological problems such as mild depression and impaired decision making, cognitive defects’. Symptoms I recognise in myself, and I’d be grateful for any research that would lead to any potential viable treatment.

Then I got to the end paragraph. ‘Hopefully, by raising awareness of the cerebellums role in motivating our behaviour, this research will draw more attention to the subtler psychological symptoms of SCAs that may have previously overlooked’.

This was a report on research done by Stanford, it’s just information. It’s unfortunate that unintentional offence has been caused, but surely any criticism should be toward the researchers, who could perhaps have explained their findings more ‘sensitively’

And, as has been pointed out, it is only ‘ a possible link ‘

Please take care, look after yourself

Thank you, Beryl. I understand your point. The way you explained how you interpreted the article was more helpful. The author used term “‘lack of motivation’ as a possible link to ataxia”, instead of depression, etc as a SYMPTOMS of ataxia which is blaming. I do think the way you explained it was more helpful but I stand by my original statement. Nevertheless, take care Beryl.

I believe all information should be posted here, whether we agree or not. No information could be offensive in itself. We all deserve to form our own opinions. So please keep your articles coming Alan_Thomas and keep up the good work! Your osts are the main reason I am on this forum!

well I guess we can agree to disagree-since there is absolutely NO possible way that an MRI can be influenced by motivation…its just not possible.

Washington U has recently completed a study along the same lines as Stanford:

What I personally found most interesting is the “Midnight Scan Club” and it’s findings: Dosenbach is a founding member of the Midnight Scan Club, a group of Washington University neuroscientists who have taken turns in an MRI scanner late at night, scanning their own brains for hours to generate a massive amount of high-quality data for their research. A previous analysis of Midnight Scan Club data showed that a kind of brain scan called functional connectivity MRI can reliably detect fundamental differences in how individual brains are wired.

fundamental differences in how individual brains are wired is not the same thing as a lack of motivation! Let’s just end this-we’re not going to change anyone’s minds.

lin-da, I can’t speak for anyone else, but I’m making no effort to change your mind, I’m posting interesting information that is germane to the origins of this conversation.

You may feel free to disagree, however your disagreement is not cause to end the discussion.

Who really cares about the motivation thought. It really doesn’t matter. The important thing is that research is happening.

I found this article to be very interesting. I would have found it very offensive if there were any suggestion that a lack of motivation causes ataxia,but my reading is that the researchers found that cerebellar damage may cause us problems with expecting that our actions will cause a reward. That is consistent with depression that some of us experience. As one of those people, I am not surprised that Brain damage has psychological effects.

I don’t really understand what else this may say about us, because I have never seen any group that works harder to be “normal” than we do. My physical therapist even commented that she prefers working with neurological patients since we tend to work harder.

Linda4 – I agree with you. The research into cerebellar damage (or incorrect wiring as the case may be) is very interesting and could explain alot down the road!