This walker is available in UK privately. Or through a physio or occupational therapist in UK (if you use NHS). I imagine there’ll be similar in other parts of the world.

Before you buy, consider its limitations. I rather think it won’t give you much independence, nor will it get you up steps. Even a kerb across the road might be difficult.

It obviously does the job for some people, but it does look cumbersome. I recently saw info re rollators specifically for heavier built people, these were called Bariatric Rollators. 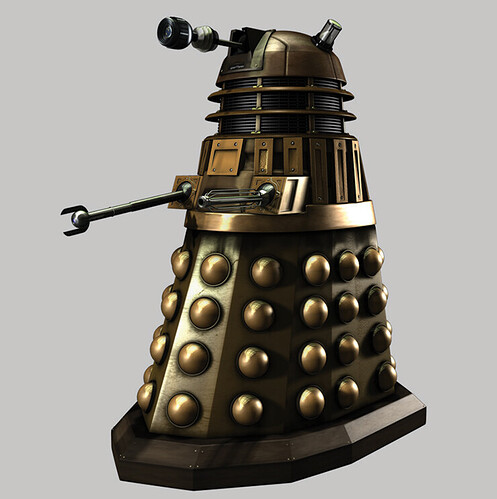 You need big wheels to go steps and uneven terrain. I just discovered the Veloped Sport. It’s pretty expensive, but I think it’s worth it. It’s the ultimate walker for outdoors. https://www.trionic.uk/en/veloped-sport-c-8/?infinity=ict2~net~gaw~ar~453000799818~kw~veloped%20sport~mt~p~cmp~[UK]%20Trionic.uk%20> Rollator%20broad%20[25%%20imp.%20share]~ag~UK%20|%20search%20|%20Veloped%20sport&gclid=CjwKCAiAwrf-BRA9EiwAUWwKXs_IP3bVHf_aXetYd_1htyXSeAmrhiMoTyjEvKCGXzDFUakm5gbLvRoC3i4QAvD_BwE

I’ve looked at these types in the past, and I like the rollator they supply. The problem is ‘you can’t try before you buy’…it would have to be ordered from Sweden.
Personally I think one type of rollator doesn’t cope with every task. Mine is lightweight, turns on a sixpence/dime and is easy to get in and out of a car but… It can’t cope with anything other than a smooth surface, I get a lot of vibration when using it on uneven paths where I live, which makes me revert to using my walking stick

So far, I am happy with the rollator I have. Both for indoor and outdoor. https://www.amazon.com/gp/product/B009SOC9PI/ref=ppx_yo_dt_b_asin_title_o01_s00?ie=UTF8&psc=1

The ‘Dalek’ one above is also about £800. I think though they’re both a bit beyond me. I can’t see myself walking far enough to justify so much money. 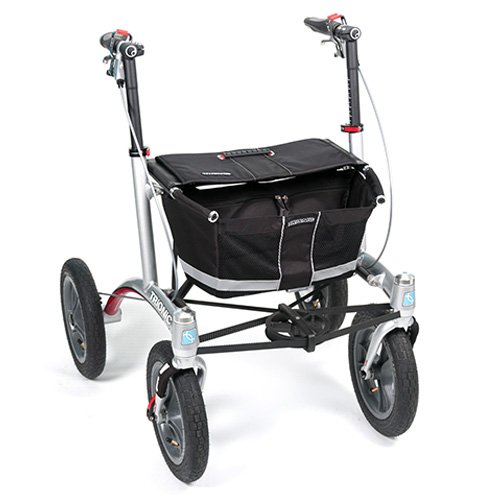 This is the Trionic rollator I was thinking about but…£700+

Although now it’s available from www.completecareshop.co.uk…I don’t need to go to Sweden to try it

I’ve added this Ferrule to my walking stick, it should mean less vibration. Option available in grey or black. 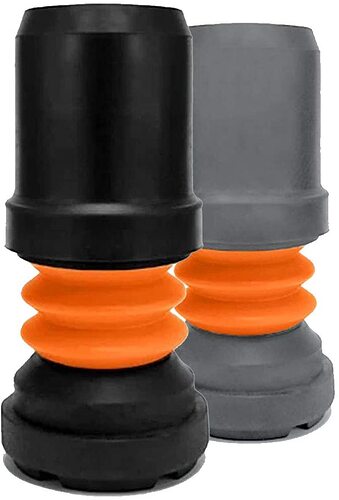 I can’t imagine that a ferrule would help me.

Well, a Ferrule isn’t a magic wand but I really hope it helps. I seem to be very sensitive to movement and I get a jolt every time I tap the stick on the ground, so

it will make a difference. It’s the same reason I’d like a rollator with pneumatic tyres.
I was out for a walk recently, and a lady in front was using two hiking poles without Ferrules on the footpath. The sound of constant tapping really brought home to me exactly how many times the walking stick makes contact.

What I was surprised about was not the ferrule, but that you use a stick. If that helps you, then fair enough. For me, I need something firm that doesn’t move - like a wall. Or a rollator where the wheels don’t turn freely. A supermarket trolley wheel or a child’s push chair wheel turns freely. I’d like wheels that attach to each other with an axle where you tell them when and how to turn by pushing a bit harder on one side than the other.
This 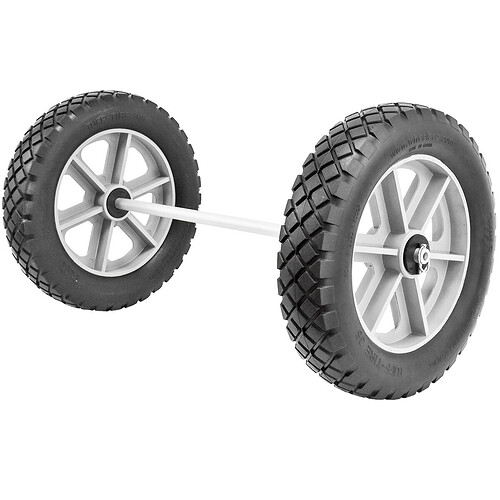 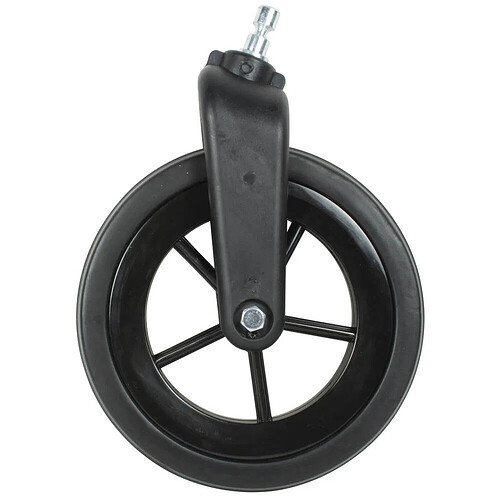 I’d like to throw this in if I can please. I don’t like using a cane because I don’t feel very secure using it.

This sounds very ‘sophisticated’ …I explained this to my husband and he said even the most advanced cars don’t have that arrangement.
I feel much more confident and move much more freely when using my rollator, or a supermarket trolley

for one thing it seems to free my mind and I can look around without the fear of falling. And, it somehow it seems to help focus my vision, although how this is even possible I don’t know…
The walking stick isn’t ideal, but I keeps me upright and stops me veering off…I don’t use it indoors (as yet), like a lot of other people I know how many steps to take before reaching the safety of a wall/ furniture etc.
But, getting up from a chair creates instability. For me, sitting still instantly makes my problematic symptoms disappear, I’m lulled into a false sense of security

When a supermarket trolley improves your vision, it sounds like a psychological thing to me. I’ve come across two psychological effects recently. One is the thread I started a while ago called inside or outside. I find outside supremely harder and was surprised that some others didn’t. I think now that it’s totally psychological. My mind warns me of so many possible problems that I’m scared out of my wits, so I just think it’s harder outside.
The other psychological thing is almost opposite - that I’ve got so used to having some problems that they don’t worry me anymore. This has been brought home to me recently as I’ve acquired a physiotherapist. She took me out for a walk yesterday. I was happy as a lark - not caring two hoots about little problems.

But the physiotherapist looked as though she’d seen a ghost.

About standing up after sitting, that may be a gravity-blood thing - your blood goes down to your feet and depletes your brain. That can happen to anyone but why ataxians get it more, I’ve no idea really.
As Chas keeps telling us, there’s a lot of psychology involved. There is with any disability. We must beware against being so hung up with our problems that we don’t care about others.

Re the standing up problem…I do take your point about the possibility it could be related to blood pressure. I would actually prefer that to be the case, at least then medication could be given. Apparently blood pressure isn’t affected, the problem relates to my having ‘loose crystals’ in my middle ears (the Dix-Hallpike Manouvre diagnosed me with BPPV), and this causes no end of aggravation. Some people benefit from having the Epley Manouvre done to realign the crystals, but despite having this applied on numerous occasions I’ve never had any relief.

I’ll end on a positive note…
I’ve just been out walking, and am very pleased to report that adding the flexible Ferrule to my walking stick has been a good move

It gave more stability, and I felt much safer

Standing up from a sitting position is also tough with me. However, let me go a little further as far as I am concerned. If it’s cold outside where I am and I’m outdoors, I find that my legs stiffen up and I walk palsied.

I’ve had ataxia a long time before being challenged by stiffness and pain, I really did wonder what people were talking about, and think I must have a very mild form…But now I find these are constant companions and they also effect my gait, cold weather makes me tense up even more. I’d like to go back to when I had fluidity in movement…I can just about remember

Goodness me. Out of all those, I’ve only got one - nystagmus. But I have plenty others. I think I may have MSA - I’ve certainly got the symptoms - and a variety of other things. I’ve just received a CPAP machine because my blood oxygen level was dropping 24 times per minute during sleep. I think (

) that’s what he said but it sounds excessive to me - it’s faster than breathing. This confirms I have sleep apnoea.